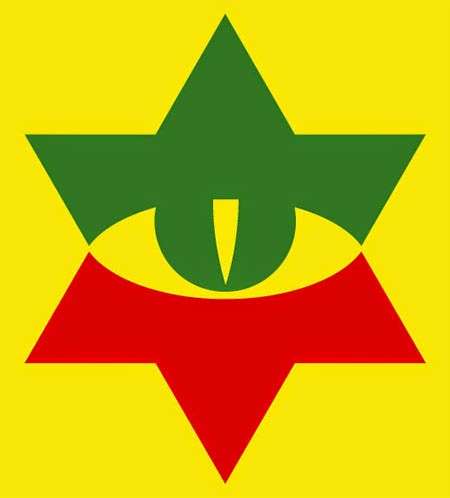 "What we believe is personal, and all is right as long we do it by heart"
Apocryphal, Nathan (called The Wise), son of Lessing.

As it is normal what happens in the World (the big one, with capital letter) has an influence on the topic we deal with in the meetings of the square circle. Sometimes we comment situations or subjects we touched before, but under a different angle. This has been the case in the last gastro-philosophical meeting we have had. We have often discussed about moral values, what is their object and actual status and also on the fact that life ends really when we loose faith in our own capacity and give up. Now the situation we live, for many, chaos and the loss of the north brings us again to have a look into other ways of thinking or at least in other values. In our western world we tend to look to oriental philosophy impressed by their understanding of nature and calm-happy appearance. We also look for other, different, less known faiths that may illuminate our way in life.

In all of them what we see is that society creates moral values to maintain the union of tribes and points out the value of good actions. We were discussing if moral values were absolute or not when Alberto started his provocative presentation on the subject:

Yes, you're right, we speak about moral values and we know that good actions wouldn’t exist without them or at least wouldn't be recognized as such. But moral values change and are changing now or, what is worse, they disappear without replacement. We take the value out and create a void that nothing replaces. Mankind, men & women, we humans have changed -are changing- slower than our power. We are able to transform matter and ignore spirit, able to build new molecules, to create subatomic accelerators, describe the multiverse but incapable to build a stable, viable and equally righted society. We can produce strange, rare, very valuable goods and die with our richness without being able or -what is terrible if we think about it- without wanting to effectively distribute it having all the possibilities in hands for it. Nineteenth century positive sociology is far away and anthropology wins; we look backwards and not into the future. Passions (and chaos) reign instead of science or global mind attitude. More we can encompass worldwide, more individual we turn out to be and less we accept "old" values.

To every big conflict towards society is confronted, a moment of love, peace and universal brotherhood appears. We desperately look for something to balance the instability we face. Hence that we discover that our moral / ethical values are in crisis. And this is in each cycle.

The excuse is that we change and with us also society, thinking that we can manage it. But it is not so. Society is a living creature that tends to adapt herself, to resist and survive. From traditional families with father, mother and children we created the mono-parental family, children with more than one set of parents, families with two mothers or two fathers, and ping pong children as you are well aware of. In a changing ambient, values have to change. Nothing  really new as they have also changed in history. Religion was created to maintain tribes together and with it codes and laws were established.  A basic sense of justice brought them to the Talion's law: hand for hand, eye for eye, life for life.... till it was seen that it was neither practical nor productive. Society discovered that hate is good to grow, but not to create stability. So, laws, religions and traditions changed and with them the values. Here we arrive to the Bible, to the question of how many times we shall forgive: 7? 70? The answer of 70 times 70 meant many, in fact all of them. If we forgive we do a good action... that has a weight against all other evil we do. No matter if we speak about Maat, Osiris, Ib and the punishment of Ammyt we look for justice since the beginning of mankind and as we do some bad things, we need to balance them with good actions. All faiths and religions push for love, for peace and for some clear well established and structured believing.

And now without a clear objective and pointing to not defined values we are good people, we act following some "ethical" norms BUT only for fashion. Because we feel better if we do some things in benefit of the others even if they are not significant actions.  We may suffer the crisis and not have too much to eat, but our mobile phone is last generation; we drink too much, but the bottles go into the glass' container; we go to the mountain or to the beach and leave it dirty, but we are members of a NGO. We quieten so our conscience, we do our own justice by compensating the bad things we know we do with what we believe to be good actions. The question is if we do it for narcissism, selfishness or justice, hence the question on the value of what we do. Without knowing if it is right or how right it is, there is no north as we don't have the new moral values clear.

We all agree to the basic theoretical values, Love, Peace, Good Will, but I repeat again, said Alberto, it’s a fashion. Years ago killing enemies (who ever was considered as an enemy) was the good action celebrated even by the church. “Union makes strength” , hence that groups are far more violent than individuals; it is not anonymity what protects them, it is the force of the mass. “I don’t care if you recognize me, as I’m part of you”…the mass, the group. We tend to believe that only minorities are wrong; we forget that Gauss’ bell has two extremes. The same happens to moral / social values (they are not even moral anymore). Changing every 3 or 5 years, what does it matter? It changes as often as required by the evolving over protecting society. And again we are brought to ask ourselves if all the good actions have the same value or not: One life we save is half value if we save two in case both people are together? And if they are animals instead?

It doesn't matter. The important question is twofold: Are we really following our inner beliefs? Do we question ourselves often enough or are we dying already as we don’t want to participate in life anymore?

Ruben, as theologian had the first intervention after the introductory provocation. The rest of us noted mentally our points while savoring the dessert.  For Rubén it was clear, what counts is the influence we have over the rest of people, how it improves or worsens society.


But not everybody agreed to it. The debate was long.
Publicado por Albardán en 16:23