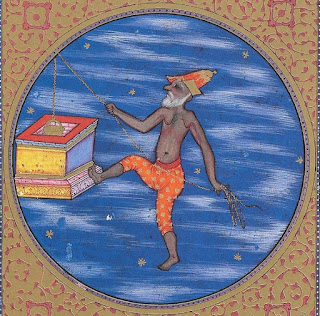 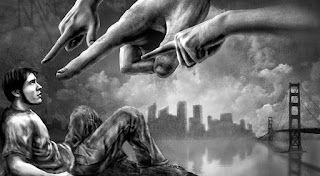 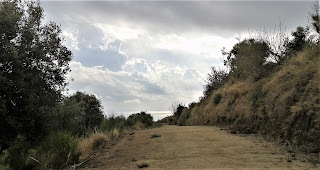 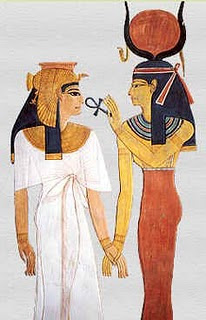 The last meeting of the members of the circle of the square table had as central point: "Forgiveness". A concept that we all seem to understand but when we try to define starts to have some problems as our speaker told us. Hereunder his speech.

It would seem that we all know what we mean by forgiveness. But do we know its function, types, convenience or even its relation to love and social cohesion? Let’s start defining it. The Merriam-Webster dictionary remits us to forgiving and from here to the verb to forgive which can be transitive or intransitive:

transitive:
to give up resentment of or claim to requital
to grant relief from payment or restitution

intransitive:
to cease to feel resentment against (an offender)

To speak about forgiveness we must have the following: an offender or somebody causing pain, an offended or somebody feeling the pain, and the knowledge that at least according to the criterion of the damaged person an affront has been produced.

So, forgiveness is personal and only by extension social and has two direct consequences:
1)   Stops the asking for any kind of payment for the done harm (moral or not).
2) Generates a (moral) right. Forgiveness is the waiver of a right of the victim. A kind of right to put back the damaged dignity.

It seems clear that an offense generates necessarily damage on the victim, but if we leave aside the ethics of human relationships, if we leave aside for a moment our vision of how things should be just because we were taught so, beyond rage and indignation, why should we assume that always that we feel an affront this creates a certain right? It is not simply a fact of life? And besides, is it always useful to forgive? Changes the situation in any way?  Note that till here we have not spoken about the offender.  Can be considered really an offense an affront that is made without intention? Has the offended the right to judge without knowing the intention of the offender? If yes, means this that we are superior to the rest because we feel offended? If not, why do we do it?

Forgiveness is the personal decision not to feel resentment or anger towards the causing person. Some even define forgiveness as the act of forgetting an affront. To grant forgiveness, do we have to learn to forgive and forget? Can we forgive an offense but not the offender? Probably yes, if what we express is that we don’t take into account the offense but don’t forget and keep somehow away from the offender fearing a new offensive act or because we are deeply deceived. Can we really do it? We can think and reason, but can we decide what to feel or not? Can we even conscious- and willingly select what to remember or not? If feelings, emotions and memory are not dependent on our will, then … to forgive is never sincere and is merely acting because the felt offense and its place in our memory can’t be erased. We only pretend it didn’t exist, we act as if it didn’t happen. Only this. So, does forgiveness exist really if it is only pretending that something didn’t exist? Moreover, the ability to forgive is considered a virtue in society. Is then a virtue to ignore reality or is just socially convenient?

When somebody damages us the immediate reaction is to go against who did it but this reaction can bring problems. When someone hurts us it is as if a big snake would bite us causing immense wounds. Once it has stopped the cure may be long and even cause some pain but the wound will close at the end. What happens if the snake has left poison inside us preventing the wound to close? At short term, we try to prevent that the harm continues but the most common poisons are the revenge, the eye for an eye and seek justice and get back what we lost above all. This poison can be acting for many years and we will lose joy, strength, and energy. Whenever we think about the offense, whenever something reminds us of it we will feel the same pain or even more. The wound won’t close. The offense generates a certain sense of aggression and forgiveness is a repression of this reaction. A psychologist would say it creates a neurosis due to not liberating it. Up to the extreme to say that forgiveness is not only impossible but the cause of a disease. No wonder that Nietzsche wrote: "forgiveness is a mechanism of the weak that will eat the nails when in reality wants to eat the eyes to the offender."

Remove the snake’s poison means to stop wanting to take revenge, stop destructive behaviours towards who bit us. Therefore, if we want the wound to heal, we have to leave voluntarily the thoughts of revenge. The process of forgiveness doesn’t imply the abandonment of the search of justice or of leaving our rights, it is only not to search in it an emotional relief that makes it difficult to advance in other interests, objectives and values we have or may have. In other words, has a therapeutic effect to be better with us and with the rest of the society. We don’t deny that something has happened. It won’t change the past but allows us to continue and influence the future. We arrive then to the conclusion that forgiveness consists in a voluntary change of the immediate reaction of destructing behaviours directed against who has caused the damage by other constructive.

This means that the function of forgiveness is social. Serves, not just those directly involved, but also to society as a whole because it contributes to keeping peace and social cohesion preventing spirals of revenge. Is not surprising the most religions, self-esteem books and other live-well-philosophies insist on the need to forgive. If the process of forgiveness is properly made, the feelings towards the offender will change accordingly.

Forgiveness is not a single act which is made in a given time, is an on-going process to be completed over time. Forgiveness is a task of several levels. The first: to stop destructive behaviours (as stop to seek revenge or justice, complain to everyone, consciously want evil to the perpetrator, pray that it happens something wrong to him, etc.). The second: to conduct positive actions towards it. Forgiveness, if there are positive responses by the forgiven, can also restore confidence in the aggressor.

As there are different levels of forgiveness, to really understand it, it would be necessary to explain in detail the process to follow to forgive but this is not the object of today’s speech. Let me finish with two thoughts:

First, forgiveness fulfills a social function, which is obvious and it is not possible to bypass. But if we want to get to know ourselves, every time we forgive or ask to be forgiven maybe we ought to consider if we really need to do so, the intention that we strive, and if in doing so we are not refusing to take the world as it is.

Second, imagine that you are sitting in a field on a warm summer day with a light breeze and you can feel the Sun on your face. As you relax your mind starts to wander and a steady stream of butterflies begins to fly around you. There is a wide variety of them... some are familiar, attractive and soothing, while others are ugly, unpleasant and make you feel really uncomfortable. You feel obliged to extend the hand to hold the known and beautiful while pushing away the uglier and disturbing. Continuing the fight, you start to notice that those butterflies that you tried to send away are now more numerous that the beautiful butterflies that you try to hold, and the fight becomes each time more difficult and exhausting.

The thoughts can be like the butterflies. If you keep them with excessive force or try to scare them away, they overwhelm you or may die in your hands. However, if you are willing to observe your thoughts (without considering how they make you feel) as if they were butterflies that simply land on the palm of your hand, with time they will go flying, leaving space for other thoughts and experiences that will come.

It was a long discussion after the speech. That an offense could only exist in our mind without being real and that it can be even felt to escape from real life were arguments that took most of the time. The speaker provoked, the audience reacted. We had a good time.