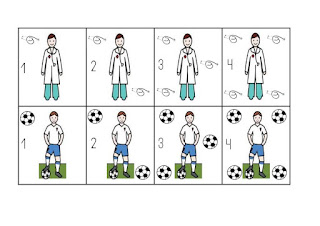 Money doesn't give happiness, but is the closest replacement.
(Popular saying)

The meeting of the nosers club was as usual a provoking meeting. Starting point was a speech that used a salaries' statistic published by the press comparing football and basket ball players. The problem appeared when these salaries were compared to the average reality for other professionals. Our speaker was very clear stating the problem that parents have when they come to decide how to orient children's education:

Every couple has to help to orient their children in attaining something worth in life and of life. Moral values can guide in how to do, how to orient actions. It is already difficult to know how these values will evolve and be in 20 years time. This is the time when the child will need them to live the individual life. But this, how to look forward, what to consider, is an other subject. Here we deal with the other, more realistic part: Is education needed to have success in life?

Let's have look around the table. No one of us has had a dramatic success in life measured as society measures it now a days (and since the beginning of society). We all had a rather good education and all of us are reasonably happy with what we have and where we arrived. But the question is if this is what we really want for our children. No one wants them to suffer, no one wants them to be poor or be all life in a short-money state. So looking what society rewards we should in good logic orient them to be become a winner. THE winner if possible. And which professions are the most well paid? Don't look in internet strangely is not in the normal pages. If you do you will find, pilots, aerial controllers, some CEOs, engineers or some Medicine Doctors or judges. Absent of the list are real well paid professions like football / soccer / basketball players; other type of sports pay also by far more than average salaries and not only players, also trainers. So why don't we encourage our children to be the best in any of these well payed professions? Basic education, no need to study long and hard hours, a lot of open air sport, gym, and practice all day. Knowledge? Culture? Society is not interested in it. Only panem et circenses count. And still we don't motivate them to be winners here. Are we bad parents? Seems a contradiction isn't it?

What happens is simple, we have created many excuses not to do so: "Is a short career, with 30 you are not anymore working"; "You must be among the very best to arrive to the peak and make money"; "Not all children have the same abilities"; "Is a void life, has really no content"; and like this many others. Let me answer this examples and see that they are only excuses we put ourselves. When you retire with 30 and have had money, invested it and being able to live from what you earned... you have really done it well. Being so young there is time to enjoy life, do many things and create many others. Is not a valid argument the early retirement of this profession. To be the very best is what we all want from our children, so why we see this as a problem here? Are we selective in what we want them to stand out? Seems we would have some prejudices and not approve it. Abilities? Develop them. Is only willingness and time. Void life? Sure? Is impossible to study after or have inner life besides? Seems not. So? Excuses. Simply excuses that we parents evoke not to do it. If we want the best for our children and society rewards these people paying a huge amount, more than in any other activity why we don't do it? There is a clear contradiction.

Which is the reason then? What refrains us to do it? And ... why didn't WE try it?
The last is easy, we were educated not to be such a winner. Is only now that society is paying astronomically well to the people that make us find a way to express emotions and empty our dissatisfaction. Religion is not anymore a help, public demonstrations are either impossible or not well seen. This means we NEED these people and are ready to pay for our relieve; but still the question is not answered. Why don't we do what seems logic and desirable?

If we use excuses as reason to act means we really don't care about the future of our children (what is obviously not the case). So either we don't share the predominant view of the society and are somehow ashamed that we, by our inactivity, allow this to happen or we do believe in education as something that will benefit our children fighting in life, and I say fighting, not struggling. Would it be shame the reason, means that we judge and disapprove it but accept it due to the need WE have of it and justify as one of the many inequalities of life that exist and we accept as a natural item. The same we accept that alone humans can't fly. Is so. Point. But then, why the shame and still not orient them to it. If it has to exist why not let them be in the elite?

Probably is because education has something that other possibilities don't have. True that we don't need to know now a days the dimensions of the Kon Tiki or the RA rafts, it is in the books or internet. We don't need to know how to know which is the square root of two, any calculator can do it. So, what has education that we don't even consider worth to offer our children wealth? Again answers are not the same across the countries but there are a few common points
.- Educated people have more possibilities to survive and adapt to different environments. I can be the best football player and earn millions and not be able to teach history not even a bit. With education I won't earn millions but I can do both and survive. Education increases the possibilities in life.
.- Educated people have learned to develop interests. With open eyes and curiosity we can progress much more in society than with only one focus.
.- Educated people are ready to share. Sharing means union. Unity makes strength. In education we have to confront and cooperate; we learn to deal with other people and arrive to a win-win situation.
.- Education is the mortar of the society, giving the needed common elements to strive together to a general better level for everybody.
.- Education creates thinking people and only thinking people can develop and improve.

There were more reasons for it that we discussed during the dinner. It was a vivid debate. Some shared some not and argued, but one thing was clear. Our speaker was right: we don't orient our children to be superstars, so whatever it is education has to have something much more important than money. To us to ask ourselves what and find our answer. 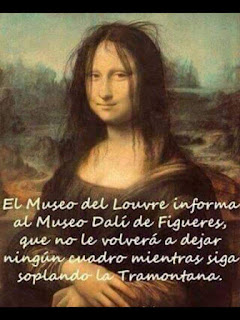