ISIS the war against knowledge 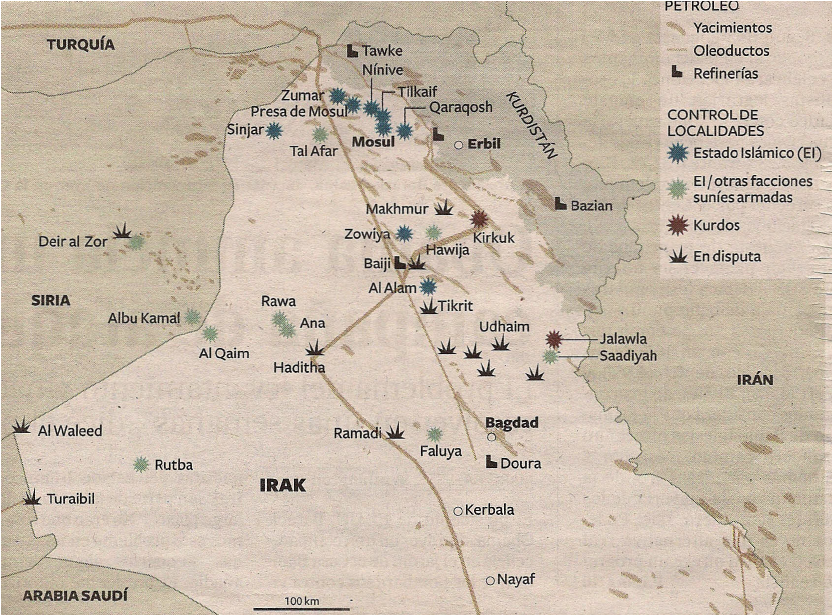 ISIS: Queen of the gods, sister of Osiris, Greek name of the goddess AST; the great magician was protected by seven terrible scorpions: Befent, Maatet, Mestet, Mestetef, Petet, Tefen and Hetet.
New fanatic political movement based on cruel expansion of faith in name of God acting as terrorists.

The meeting of the nosers took place just after the Catholic Xmas. All were delighted to have been able to use the nose in these days of many and heavy meals with good wine. All were optimistic, days of joy and celebration seemed to justify it. The last meeting of the year touches traditionally very briefly what has been its most relevant aspects along the 12 months. War was commented many times, several of them but three connected wars created expectation as two of the members of the direction of the Nosers' Club were recently in the conflict area. ISIS, Syria, Ukraine two very well connected wars and one that is only a consequence of the other two. We obviously took advantage of it and asked them to transmit us their impressions and personal view.

This is what they told and expressed:

You know that due to our involvement in two NGOs we have the opportunity to be in conflictive areas and in this case when we heard about ISIS our first reaction was to think that it was purely a political strategy created by the association of two countries against Russia and the interference of third parties in the Oil extraction business. Partially seems true but this is not all and even not the most important part of the story.

Let me explain you some concepts that we learned our press in Europe (not to say all press) has misunderstood. The first is that this group called ISIS is not a fundamentalist group. Fundamentalism implies a return to essential, but who kills, rapes and kidnaps among other things are not returning to the essence of Islam. They try to justify their acts making reference to the Koran, but after they have made them. There are fundamentalist in every religion and none of them, including Islam, defend mass killing. The second is that they are also not Jihadists. Clearly the Jihad exists and has a normative, it can be an internal fight to become a better Muslim (in this case there is no violence) or it can be a real holy war to defend Islam which is what the terrorists say they do based on some Koranic norms taken out of context. The real Jihad can only be declared by an accepted, respected and known authority; and the norms are clear: it is forbidden to attack or kill people that haven't done anything against them. It is forbidden to to kill women and children, to torture prisoners and this terrorist group is doing all this. They are terrorists that have invented a holy war in parallel to the holy Qur'an. And what is even worse, they have befooled their suicidal soldiers. It is of course possible to die during a legal Jihad as a shahid or martyr but even here there are strict norms. The worrier has not to commit suicide even if he has agreed to take part in a non-return mission. He has not to know the hour of his death. It is expressly prohibited to commit suicide. All his life long has Muhammad refused to bless the blood of people that would kill themselves for whatever reason. Who kill in mass people or himself will not enter into Paradise.

But the question is who are these terrorists and what connections have they to the wars in the area. We first thought that they were only one more of the many terrorist groups that took the money from selling Oil and that were tolerated by the big economical and political countries, but we soon learned that this can't be the case as it doesn't resist ant serious analysis.

ISIS is one of the monsters created by the Secret Services that started to use "fundamentalism" in 1978 in Afghanistan to topple the government and harass Russia. Induced fundamentalism, let me call it so, was used in Kosovo (UCK) to go against Milosevic and since them the Wahhabi jihad has has an important presence there;  was also used in Libya (Ansar al-Sharia and rebels) against Gadhafi as well as against Asad via Liberation Army.

Seems strange that UN, NATO take so much time to manifest against ISIS. May be less strange if we remember that the US sold weaponry to Saudi Arabia in value of 640 million $ to "calm" the  protests in Bahrain and Yemen, curiously two places where US have military base. Protests of "fundamentalists" of course that threatened the KSA regime. Seems also strange that the US has knowledge on all related sanctions against Russia and watches over the implementation but is unable to know who is the buyer of the Oils sold by ISIS or that the best army of the world is unable to destroy a group of rebels. In 1991 the US made around 110,000 attack over Iran in 42 days , till now less than 200 against ISIS and predict that it won't be easy to win them. One could think that ISIS is simply an excuse to maintain the area militarized. That ISIS may menace Saudi Arabia is used to prevent the Kingdom to help Russia buying military weapons (as Egypt and Lebanon made with Saudi money) and that KSA stops investing in Europe or America.

ISIS serves to cut the Shi'ite alliance between Iran-Syria-Iraq-Hezbollah. This has undermined the meeting of Iraq with the western oil companies to invest in the country. Riad, Tel Aviv and Washington are happy for it. Again seems strange that this planetary menace has not reacted against Israel after the Jew army attacked Gaza and that "afraid Israel" has not made a preventive attack against Al Nusra HQs that are not far from the Israeli military base at the Golan Heights. This might be what is called peaceful coexistence. What seems clear is that all this is used by the US to dominate the Gulf area (including KSA) and the 800,000 mill of produced oil barrels. If "by the way" the power of Syria, Iran (and Russia) is destroyed... much better. Collateral winner is China that suffers less pressure from the US, the pressure that now is having Russia not to expand more and keep military bases close to the Mediterranean sea.

But seems to be a problem. The interest to change a stable government in some countries by a weak one serves well to the political / economical interests at the beginning but they may, due to its weakness, be not able to guarantee the interests they are supposed to serve and lose control over the army and the country. This was the case in Iraq and seems to be the case now with ISIS. The new caliphate was probably not foreseen and now other measures are being taken to contain (not to destroy) it. Mediterranean area controlled, Russia under a certain control also and the US weapon industry growing is not a bad result but cruelty if it is not destroyed immediately reverts against who has been silent and quiet being able to do something against it.

To be able to do all in benefit of certain economic interests, culture is not needed; better keep population as ignorant as possible. Is true that normal-level-citizens can't be much more than slaves concerned to survive as good as possible and that the 147 corporations that rule the world believe they can serve their interests without considering the people and show their power to atomize unity, no matter if at family or country level. All this is not more than the old Greek διαίρει καὶ βασίλευε brought to the extreme. Social change to keep closed the barriers that avoid real globalization of knowledge and welfare. The sad conclusion from what we saw and experienced is that all this we can't change but the positive part is that we can influence the decisions that are taken if we ask and insist , call for, oblige with social movements for a better education, more universal and especially more human that will for sure not stop political or economical movements but not at the expense of the people maintaining them ignorant and underdeveloped.

There were many questions and the session was longer than foreseen but the main idea we all had in our mind when we left was that unless we all at our level work to change society and oblige with our unity governments to implement a real education all around the world we will not be able to progress and will remain slaves celebrating any kind of Saturnalia. 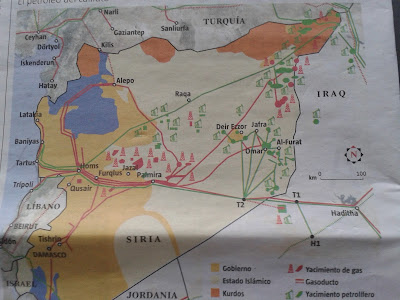