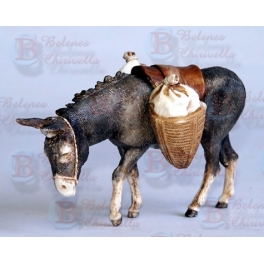 
We had again our monthly meeting of the circle. An unusual meeting as it was hold the last day of the month and because for the first time we invited a stranger to join us. Yamal Od Din gave a lecture on Al Biruni  (for purists: أبو الريحان البيروني ) to which some of us attended. It was such an interesting mixture of knowledge, science and Sufi wisdom that it was imperative to have him with us.

Following our internal rules we don't talk about politics and religion, but we are not immune to the suffering of people during this extended war time and to the different views from religion. The concept of destiny and death comes often so we asked him about it.

-- We would say that we are all sure about death and unsure about destiny. One we can "proof", one we can discuss. This is the traditional view and so far we all are happy with it, but it reminds me to the old story of the peasant that charged his donkey and in one saddlebag put the bushel of wheat and on the other the same quantity of earth to equilibrate the weight. It was only after a few hours that he stopped and proudly explained his good idea to one old man that was sitting close to the fountain. He looked to the farmer and asked him why not to put half bushel in each side and with it charge less the donkey and arrive both earlier and less tired. The peasant answered that he never thought about it and that the names of the saddlebags were weight and counterweight.

This is the problem, we give name to things but forget their essence. We have to take some time to think about why we see something and not what we see. Is a kind of parallel thinking or as some call it now thinking out of the box. Destiny and death are names and meanings hide behind. We can have three approaches to it: passive (I don't care, whatever it is will come), religious and spiritual. Religion is belief, spirituality is experience, and the truth is that the most important is not the creed but to have one and live it actively. We worry about pleasure and pain, desperately avoid all eyesore; we are alive but misspend life and worry about death. Not about destiny. And both are closely related. We can see it when we ask why we are here on Earth and exist. The answer will again depend on who answers: Islamist say to worship God, the Bible that we are the divine image and Hindus say we are here to suffer.

We should not crave the perfect doctrine, it is in ourselves. Whatever we call divinity is inside us not in concepts neither in books nor in confessions.

So our believe of destiny conditions our life and life directs us to give the value to death. But it is not only what we believe it is more than this. Our believe in what we can expect after death is important in how we act, we have so an imbrication of both, what death means implies what destiny we follow and the destiny we expect changes our daily life. Changing our daily life we change again destiny. At the end we come to the point where we are modifying our destiny in all moments with our actions and decisions. We create destiny, and if we create destiny we give the sense to death.  In this sense is right when we use in one saddlebag death and in the other destiny, weight and counterweight in life.

We were largely commenting while we created our destiny having a -once more- delicious meal together. Create destiny is not only individual task, involves also the group; but this is subject for a next meeting.