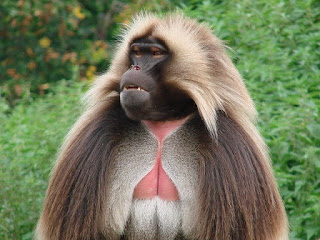 The fear of not being perfect in aspect arrives to the point that even the sewings of the socks are borne inward.


Normally members of the noser's club don't assist in working uniform to the meetings but it happens from time to time due to the pressure to arrive with German punctuality. Nothing happens if one is late as we switched to open meetings instead of dinners where punctuality is a must; but everybody likes to be since the beginning and not lose one word from the discussions.

The discussion was opened with an old story to show that society influences us so that we can't see beyond the end of our nose, in other words that we think so much about ourselves as good in all that we can't see what is really important.

The story (made short) was the following:

Once upon a time ... one farmer traveled with wife and 12 years old child and a donkey. Travel was long so they let the child ride the donkey and the parents walked by his side. Crossing some people they heard how they criticized that the boy was so uneducated that let the parents walk while he was comfortably riding the donkey. Parents took note and to avoid further criticism the father took his place. Short time after they crossed some people that loudly commented about the man that let the woman and boy walk all the time, so they changed again and this time father and boy were walking and the mother riding the donkey. Only one hour after, people that crossed them said that it was unfair that after having worked all day the man had still to walk instead of rest and what a poor child that the mother took his place. The family decided to ride all three, was clear that was to the eyes of society what had to be done. Again not long time after the comment people that crossed them shouted saying that poor donkey that had to carry all of them being totally exhausted. In brief, the family decided to be all 3 walking ... to hear once more how people laughed saying that how stupid they were, walking when they had a donkey to ride.

A story that reflects two important things: that we fear what others think about us and that we expect things (people) to be (behave) as we expect and react negatively if this is not the case. There is a non written rule stating that if things (people) are not as we expect there is something wrong in them and not in us. We see this every day as we also see how we prepare ourselves to be nice for the others... no imperfection to be seen.

Not only education brings us to be nice with the rest of people. This would be logic: is a rule to be able to cooperate and work as a team and get more of our effort. There is also an effort we do to follow the social norms to satisfy our ego by being accepted and if possible stand out. We go to a job interview specially dressed, to a wedding ceremony we even buy a dress, to a funeral we again follow the social code. And we pretend we are free and independent! Not only we are not and are tied, we even criticize, judge and condemn who is by his way of dressing clearly against the norm. We do not evaluate the person, we do not stop to see what the person is, we judge only from appearance. Two typical examples: job interview for a high direction post in a traditional company: Who goes with shorts? The interviewer will practically disregard the candidate in the first second and even with all positive adapting to the post ... will be rejected. Second example luxury restaurant. Would we accept a waiter in shorts and dreadlocks?

Unfortunately we live for the others, but not to help and support, to be seen and show how well we follow norms that in private we criticize and tick as stupid and obsolete. We still have to learn to judge people by what they do not by how they look, and have to listen to understand and share not to answer and justify our position.

The comments were long and unfortunately we saw that the speaker was right as most agreed defending their position without listening to the rest and wearing a nice social uniform.