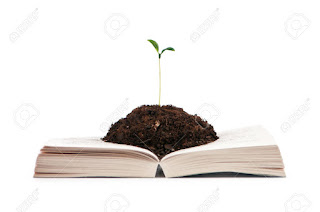 History is the story of facts, sometimes guessing why they happened but never explaining what were the thoughts that behind an action.
(Ibrahim S. Lerak, Notebook)

By reading ancient philosophers we discover that we may live better now, but are neither better nor wiser. Our main questions are the same and also is our behaviour.
(K, Irrelevant conversations with Epictetus)

The last meeting of the circle of the square table counted with the presence of a known writer as speaker. We asked her about how ideas came to her mind and how she develops them. She told about her method: "The moment an idea takes the form or a thought seems to be defined, I write it down. I have always a small notebook with me that I call the thoughts’ nursery and when I have time or am in the mood for it, I develop the telegraphic idea I noted."

She was kind and agreed to give a glimpse on the last annotations. They were the following:

To be poor of words is to be poor in thoughts. With words we think, we perceive, we name; with the words we remember, we distinguish, we relate; with the words we have fun. To lose words is to lose the things they designate, so that when our language becomes impoverished, what is impoverished is the reality itself and the understanding we have of it. Whoever has more words perceives more of reality and is also able to give a better account of it. Example: two people standing in front of a large number and diversity of trees, one of them exclaims "What a beautiful forest!", While the other says "What beautiful Eucalyptus, Boldos, Oaks, Peumos and Soapbark trees!". Who enjoys more the diversity?

Embrace what you get

Events happen and people behave as they are. Embrace what you actually get. It is not things that disturb us, but our interpretation of their significance. … Remember to discriminate between events themselves and your interpretations of them. Try to stop and think before any answer, verbal or emotional. Don’t let emotions take over unless you really want to hurt.

Discussions
Take care not to discuss matters that are of great importance to you with people who are not important to you. As most people only know how to respond to an idea by pouncing on its shortfalls rather than identifying its potential merits. Many people believe that to discuss long shows wisdom and smartness and this regardless what they say. People important to you are already selected people and they will help in the discussion, not just say words to fill the air.

Thinking
If someone were to sell you or give for free to anyone without asking and having any right to it, you would naturally react and be furious. Your mind is more than your body so react and be furious if someone wants to influence you. Don’t let your mind to be raped with demagogic reasoning.

Attention
When we blather about trivial things, we ourselves become trivial, for our attention gets taken up with trivialities. You become what you give attention to. The wise do not confuse data or information, however prodigious or cleverly deployed, with comprehensive knowledge or transcendent wisdom.

Conventional thinking
Popular perceptions, values, and ways of doing things are rarely the wisest. Many pervasive beliefs would surely not pass appropriate tests of rationality. Conventional thinking — its means and ends — is essentially uncreative and uninteresting. Its job is to preserve the status quo for overly self-defended individuals and institutions. But what is worse, to have all people uniformed or all people being only individualists? Society needs conventional thinking to be in peace and progress.

Freedom
We are ultimately controlled by that which bestows what we seek or removes what we don’t want. If it’s freedom you seek, then wish nothing and shun nothing that depends on others, or you will always be a helpless slave. … Most people tend to delude themselves into thinking that freedom comes from doing what makes feel good or what fosters comfort and ease. The truth is that people who subordinate reason to their feelings of the moment are actually slaves of their desires and aversions. Be also aware that freedom has a counterpart called security; more of one implies less of the other. Freedom and love are also sometimes in contradiction, but both move the souls to progress.